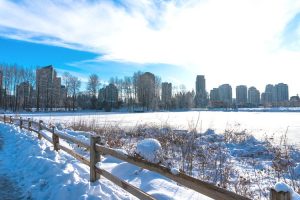 Port Coquitlam is found lying by the Fraser River on the south, by the Pitt River on the east, on the west by the Coquitlam River and the north by the beautiful Coast Mountains. The factor which led to the city becoming incorporated was its geographical location. It enables access to the rivers, was near Vancouver and had level land led to attracting the Canadian Pacific Railroad Company. In 1911, the freight operations were moved from Vancouver to Port Coquitlam. The city has a long history dating back to the early 1800s, heritage, and culture that can still be found on every corner today.

The Panama Fever era in 1911 had visions of a great port due to it being bordered by the rivers. During this time, the city quickly grew because of its natural scenic beauty and charm. This is what attracted many local businesses and residents to the area. In 1913, this city was incorporated as a municipality. 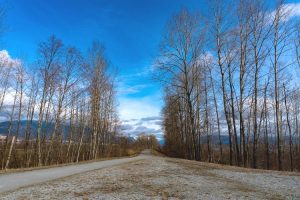 When the early European settlers arrived in the 1860s, Port Coquitlam then was known as a First Nations village found at the mouth of the Coquitlam River. This river is well known for its Pacific Coast fish. The name Coquitlam means salmon, and it is an aboriginal word.

It was when WWII ended that changes in the port of the city began to take place. Most of the population was involved in railway work. Others became employed at a large mental hospital located on the southwest side of the city. Major industries were beginning to relocate to this area. These industries included steel, copper, brass, and poultry. 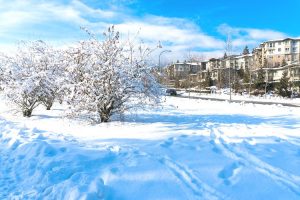 City services are excellent for those residing there. For people of all ages, there are sports and recreational programs and facilities. The nature reserve area offers plenty of opportunities for outdoor recreation and activities. There are nature trails and neighborhood parks as well. Newcomers can register for city services today like electricity, waterworks, gas, cable, internet, and more 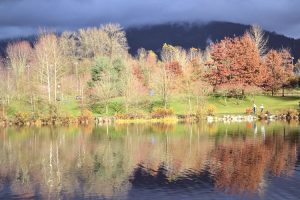 In 1914 is when the original city hall was built. This was ordered under the authority of Bylaw #12 and was passed in May 1913. The original three-story building rests at the entrance to the city hall on Shaughnessy Street.

The courtroom, police office and jail were moved to a separate building in 1972. The interior of the old city hall was renovated in 1973.

The city’s additions to the city hall took place in 1986. During this time building plans were designed by architects. A contracting firm began building in 1987. The city hall’s reconstruction included a complete renovation of the interior, a new addition building consisting of three-story, and a new entrance area for the public. In 1985, the old city hall was designated as a protected heritage site. During this time, extreme care was taken to ensure the old appearance style remained intact and the new construction was reinforced with the original designs.

There is a line that marks the place where the old city hall ends, and the newly additions began. The third-floor visitors of the city hall noted a brick wall seam at the entrance of the Council Chambers.

The Local Government and Council

It was in the late 180s when British Columbia municipalities were formed. This occurred when the locals saw a need for community benefits and controlled services. It was during this time a variety of changes took place in the election process.

The number and methods of councillors have changed their selections. In 1990, the term of office was increased to three years. In the early 1900s, council members served two-year terms. Contests for running for mayor took place each year. The Port Coquitlam mayors only served two-year terms in 1923 until the Local Government Act required terms to be increased to three years. The longest term serving mayor in Port Coquitlam was R.C. Galer who served a maximum of 21 years consecutively. He was mayor from 1925 to 1945.