Pitt Meadows – The Town You Don’t Know You Know

Pitt Meadows, British Columbia is located in the Lower Fraser Valley, east of Vancouver. It possesses amazing natural beauty and is surrounded by waterways.  Boarded by water to the west and south, bisected by the two arms of the Alouette River and with Pitt Lake on the City’s northern boundary you are never far way from water in Pitt Meadows.  Pitt Meadows is forty minutes by passenger train and one hour by car from Vancouver’s downtown area.  This community provides an opportunity for outdoor living at its best and is committed to continuing to develop its residential, tourist and business opportunities. These makes overwhelming competition for Pitt Meadows real estate buyers who are dreaming to have a home in a naturally beautiful, quiet place like Pitt Meadows. 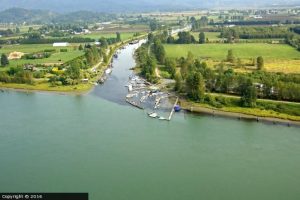 Pitt Meadows has found a way to use their amazing natural beauty and friendly Canadian hospitality to develop a unique niche market for growth.  British Columbia has become know “Hollywood North” due to the large film and television production industry that has developed in the area.  The BC government has driven this growth by creating tax incentives for companies to film in their providence.  There are three types of tax benefits.  PSTC (Production Services Tax Credit) provides tax credits to all production companies for hiring labor.  FIBC (Film Incentive BC) gives an incentive for Canadian-controlled production companies.  Finally, DAVE (Digital Animation, Visual Effects, and Post-Production Tax Credit) supports production companies employing BC based talent to create digital animation and visual effects.

Most TV shows and movies are not set in British Columbia; instead, it serves as a substitute location for other cities and locales.  Pitt Meadows is extremely popular due to the diversity of scenery in a small area.  It offers natural locations, a fast-paced urban center, and a unique heritage area.  There have been over fifty movies, and TV shows filmed in Pitt Meadows making it perhaps the best unknown, well know, location on earth.  Some of these movies are a bit obscure while others are incredibly well known. 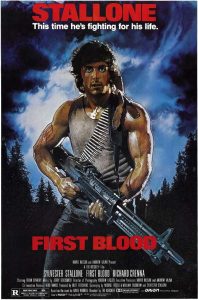 Perhaps the most well know movie filmed in Pitt Meadows is the 1982 Sylvester Stallone movie, First Blood.  This film that started the Rambo series was shot in BC in the winter.  A number of locations were used including Pitt Meadows.  The main town in the movie was Hope, about 100 miles into the mountains from Pitt Meadows.

Happy Gilmore, Adam Sandler’s slapstick comedy about a hockey player who joins the pro golf circuit was filmed at the Swaneset Bay Resort & Country Club in Pitt Meadows.  The Meadows Golf Center serves as Happy’s driving range.  This movie showcases the beautiful golf course and the striking architecture of the clubhouse through the duration of the film.  While not all the golf courses were in Pitt Meadows, they were all filmed in British Columbia showcasing the fantastic golf available in this area.

Could a movie about an American icon like Elvis Presley be filmed in Canada?  Ironically a movie about Elvis impersonators was filed in Pitt Meadows, BC.  3000 Miles to Graceland with a big name cast including Kevin Costner, Courteney Cox, David Arquette, Bokeem Woodbine, Christian Slater, and Kevin Pollak filmed at the sawmill in Pitt Meadows.

Most movies use the unique and beautiful natural scenery of the area. However, there are other more common and mundane scenes that make their way into movies.  The 2000 movie Duets starring Huey Lewis as a professional karaoke hustler and Gwyneth Paltrow as his daughter uses a Ramada Inn hotel in Pitt Meadows.  More than a roadside motel, this hotel has a unique art deco style architecture.

So you may never get a chance to travel to Pitt Meadows, BC, however, you might have seen much more of what it has to offer when you go to the movies.  British Columbia has some amazing scenery and has capitalized on its natural resources by creating an environment that encourages movie and TV production.  Bringing production companies to BC not only provides valuable jobs, but it also provides significant economic value to the area.  It also might draw people to the area with its amazing scenery with the bonus of seeing a famous actor or actress walking down the street of a town like Pitt Meadows.